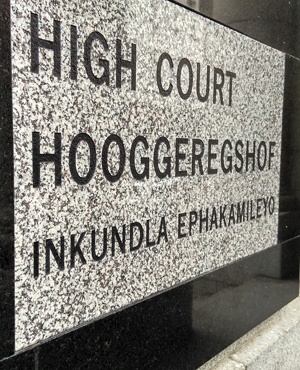 Pietermaritzburg – Two men have been convicted of murder, kidnapping and robbery with aggravating circumstances following a farm attack earlier this month in Eensgevonden in Vryheid, police said on Friday.

Sibusiso Mbatha, 23, and Ayanda Mncube, 21, pleaded guilty to the all the charges in the High Court in Pietermaritzburg on Thursday.

Their case was remanded to January 22-24 next year for sentencing, said Lieutenant Colonel Thulani Zwane.

Daniel Swanepoel, 57, was alone in his farm house at Eensgevonden, Vryheid, when he was attacked by the suspects on the morning of November 4, 2017, at 05:30.

“The suspects severely stabbed the victim, demanding credit cards and cash from him. His wife was not at home at the time,” said Zwane.

Zwane said when Swanepoel insisted that he didn’t have any money the two men continued stabbing him.

Waited for wife to return

“The man died as a result of the injuries he sustained. The suspects waited for his wife to return and around 15:00 on the same day, his wife arrived and the suspects forced her into her vehicle and drove away. She was forced to withdraw cash from the nearby ATM, using her credit cards,” said Zwane.

Zwane said after she withdrew the money, the two men drove around with her until late night.

While in the car she managed to alert other motorists to her kidnapping. The neighbourhood watch responded and arrested one suspect while the other managed to escape.

A case of murder, kidnapping and robbery with aggravating circumstances was opened at the Vryheid police station.

“The provincial organised crime members took over the investigation and the second suspect was arrested the following day. Both suspects were charged with all three counts and taken to court,” he said.

Acting provincial commissioner Major General Bheki Langa commended the investigative team, particularly the neighbourhood watch, for their hard work that led to the arrest and conviction of both suspects.