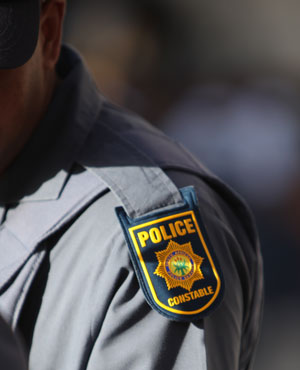 An armed gang are on the run after opening fire on a group of people on a farm outside Stilbaai, killing a 62-year-old woman, Southern Cape police said on Tuesday.

The men, wearing balaclavas to conceal their faces, accosted two men and two women who were having a braai in the back of their garden around 22:10 on Monday, said police spokesperson Captain Malcolm Pojie.

A bullet hit one of the women and she died on the farm. The farm operates as a nursery and coffee shop.

The other woman managed to run away through the bushes and call the police.

The gang tied up and handcuffed the two men.

“During that period, the assailants went into the home, forced open the safe and took an undisclosed amount of cash, as well as a collection of firearms and hunting knives,” Pojie said.

He added that the men fled in a Toyota Hilux bakkie that belonged to the farm owner.

“We found footage at one petrol station in Heidelberg which indicates they were travelling in the direction of Cape Town.

“They are regarded as dangerous and armed. We appeal to the public not to approach them.”

Source: Balaclava gang on the run after killing woman on Stilbaai farm | News24