BLF are targeting us for reporting on the Guptas – Sanef | News24 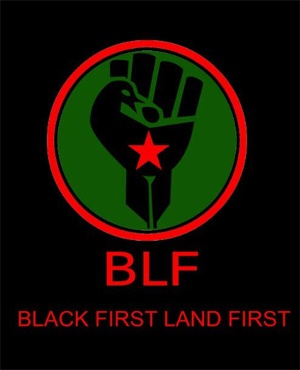 Johannesburg – Journalists and editors have alleged that their reporting on state capture and the Gupta family is the real reason why they are being targeted by Black First, Land First.

This emerged in several affidavits by some of the 11 journalists who BLF had previously alleged were working in the interests of white monopoly capital.

The SA National Editors Forum (Sanef) will argue for an interdict against BLF at the Johannesburg High Court on Thursday.In his affidavit, columnist and long time newsman Max Du Preez said he could not be linked to right wing white organisations because many had called him an enemy of the state.

“I can think of no reason to include me in BLF’s list of targeted journalists other than the fact that I have written several critical articles on the Gupta family in recent months.”Radio 702 host and political writer Stephen Grootes said he also felt his coverage of the Gupta family led to his harassment.

“I have given space to critics of their conduct on the Midday Report and interrogated the members of the Gupta family on the programme,” he said in his affidavit.

He said he had also written articles linked to the state of capture report which implicated the Gupta family.News24 editor in chief Adriaan Basson said the leaked Gupta emails and the consistent publishing of stories on it on News24 had led to his harassment.

“I am therefore of the belief that the threats against me are a direct result of my criticism of the Gupta family and those connected closely with them, including the BLF, are intended to intimidate and silence me.

“On Thursday, Business Day editor and columnist Tim Cohen was assaulted when he tried to take a picture of BLF supporters gathered outside the Johannesburg home of Peter Bruce, the editor-at-large of Tiso Blackstar, formerly Times Media.Bruce was previously targeted in a series of articles and photographs relating to his private life.

In a column he wrote about the surveillance and mentioned Mngxitama as a ”luckless land reformer” who had tweeted to him, “You going to get a heart attack Peter; better prepare yourself” before the surveillance footage and personal information was published on a site complaining about white monopoly capital Support for media freedom.

Sanef on Wednesday called on journalists and supporters of media freedom to wear black armbands at the court proceedings.Sanef chairperson Mahlatse Gallens – who is also political editor at News24 – filed an urgent application in the High Court in Johannesburg on Tuesday.In court papers, she said BLF and Mngxitama were attempting to prevent information from reaching the general public.

“This rationale of targeted harassment, so that the public remains none the wiser on the extent to which it is said that these high-profile politicians and private interests benefit from corruption and maladministration, constitutes a clear breach of freedom of expression because it violates the right of the public to be informed, a core responsibility [of] a free and independent press,” Gallens said in a founding affidavit in the matter.

In court papers, Sanef also added that the term Askari, a word used to describe those aligned with the apartheid regime, was used against some of the journalists. “Using the term incites hatred causing harm to their person…,” the papers read.

Source: BLF are targeting us for reporting on the Guptas – Sanef | News24