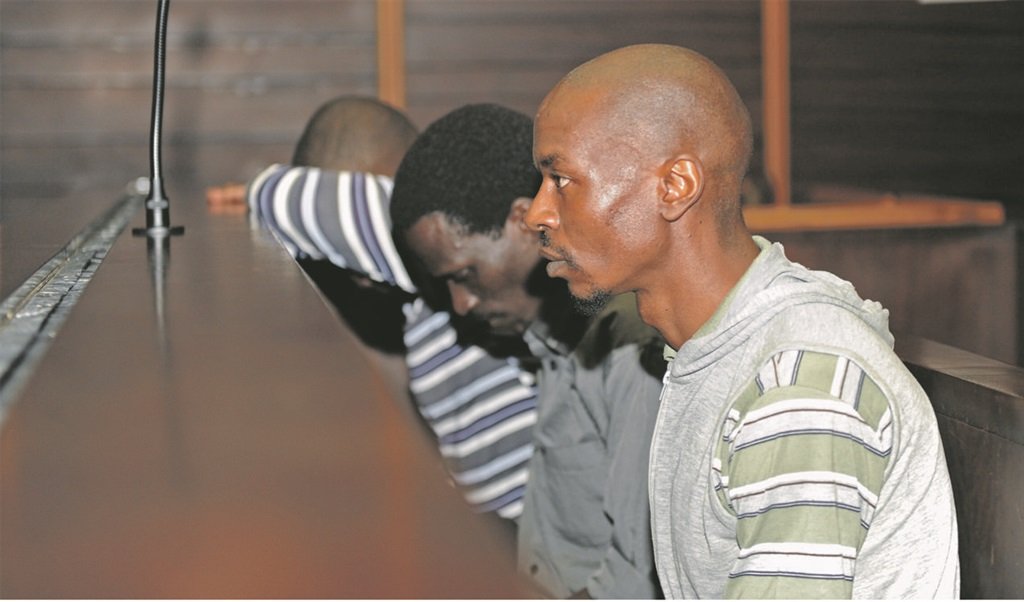 Chilling evidence of a man arriving at the Estcourt police station community center with a human hand and “maggot-infested” foot was heard on Tuesday.

Constable Ryan Ntshalintshali told the Pietermaritzburg High Court how Nino Mbatha, a traditional healer, came to the station for “help” with human body parts in a bag.

Mbatha is charged along with Lungisani Magubane and Khayelihle Lamula for the murder of Zanele Hlatswayo (24) in July last year, or alternatively, conspiracy to commit murder. In addition, Mbatha faces two charges under the National Health Act for being in possession of human body parts or tissue.

The men have all pleaded not guilty.

Ntshalintshali said that on August 18, last year, a man carrying a “pink bag and an animal horn” came into the Estcourt police station community service centre pleading for help.

“He said I am tired of eating human body parts,” said Ntshalintshali, adding that he thought the man was mentally unstable. He said the man introduced himself as Nino Mbatha. He kept repeating that people in the Esigodlweni area were forcing him to eat human body parts because they wanted him to make muthi to make them rich.

Mbatha said he told them he would not be able to do so. “He said the people were also forcing him to have sexual intercourse with females and he was not healthy as he had sexually transmitted diseases,” said the policeman.

Shocked and startled by what he was hearing, Ntshalintshali called a colleague to come and listen. Mbatha then opened the bag and took out a hand which he placed on a counter.

“Me and my colleague were asking each other if it was a real hand because it looked like rubber,” he said.

Mbatha then took out a red takkie from the bag and a human foot with maggots. Ntshalintshali phoned the station commander to come over and instructed Mbatha to put everything back inside the bag.