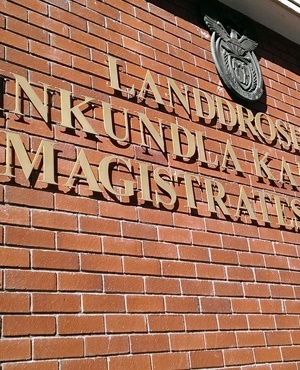 Investigation in the case against a man who allegedly raped his domestic worker and forced her to perform sexual acts with his dogs has been completed after the dogs’ DNA results were finalised.

The Bronkhorstspruit Magistrate’s Court also heard on Tuesday that the case would now be transferred to the Pretoria Regional Court.

In March, the State asked for a postponement as it was still awaiting the results of the dogs’ DNA analysis. The results are pivotal to the State’s case as it is alleged the accused forced the victim to perform oral sex and have sex with his dogs.

The accused, 45, cannot be named to protect the identity of the victim.

Magistrate David Shikwambane dismissed the accused’s bail application in March. He said that the accused was unsuccessful in proving that it was in the interest of justice for him to be released on bail.

Shikwambane added that the peace and security of the public would be undermined if he was released.

During the bail application, the court heard that the accused’s DNA had been found in the victim’s vagina and that the victim’s genitals were bruised, and she had an open wound on her right thigh.

The court heard that the victim was an employee of the accused’s parents and that, during the day on October 23, 2017, the accused had refused to allow the victim to leave the premises and had “kept her in his room where he raped her at different times”.

Captain Shane van Rooyen, who testified on behalf of the investigating officer, told the court that the accused had allowed the dogs into his room, where he allegedly forced the woman to perform oral sex on them and to have intercourse with them.

Van Rooyen further testified that the victim only managed to escape in the early hours of the morning on October 24.

“The victim used something to spray the accused’s person and [she] escaped wearing only a towel.”

He said she was helped out of the house by the accused’s father. She then ran to a neighbour’s house where the accused’s mother dropped off her clothes.

The accused’s lawyer, Ehleketani Maluleke, reading an affidavit by the accused, stated that the accused and the domestic worker were in a relationship and that the sex was consensual.

“It was not the first time we had sex,” Maluleke read from the affidavit.

She also read an affidavit from a witness for the defence, which stated that the victim and the accused had been in a relationship and that she would often “chill and drink with them” at a tavern in Bronkhorstspruit.

Questioning the claim that the sex was consensual, prosecutor Solly Leballo asked: “Then why were there injuries? And why did the victim try to escape while screaming?”

The court also heard that the victim was married and living with her husband.

Before the bail application commenced, the accused brought an application to be admitted to Weskoppies Psychiatric Hospital in Pretoria for mental observation.

The accused’s father testified that his son had always been mentally unstable.

“In mid-1993, he got so bad… he got angrier and more violent, that we took him to the district surgeon in Potchefstroom to have him observed because of his unacceptable behaviour.

“They sent him to Sterkfontein Psychiatric Hospital in Krugersdorp. He was there for two weeks, where they diagnosed him as mentally… [challenged].”

The application was dismissed after a psychiatrist observed the accused for seven days and found that he was fit to stand trial.

Among the charges against the accused are five counts of rape, three of sexual assault and one of kidnapping.

The matter has been postponed to May 3.