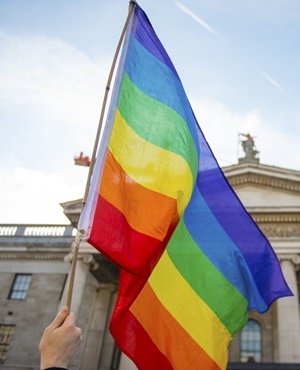 Cairo –  Egyptian state security prosecutors have extended the pre-trial detention of a young man arrested on charges of “promoting deviance” after fans waved rainbow flags at a rock concert last month.Lawyer Hoda Nasrallah says on Monday that the hearing for her client, Ahmed Alaa, took place a day earlier. The case involves another young defendant, Sarah Hegazy, whose detention has already been extended until November 13.The two were arrested shortly after the September 22 concert. Rights advocates say some 70 individuals have been caught up in the sweep since then.Homosexuality is not explicitly prohibited by law in Egypt, although gay men are often arrested on other charges.