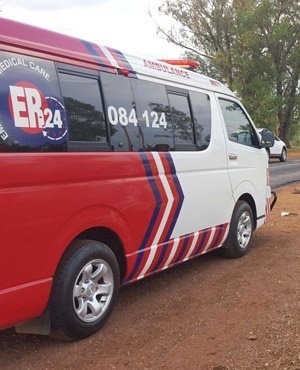 Potchefstroom – A man believed to be in his 70s was found dead on Friday night in an alleged farm attack, on a plot outside of Potchefstroom.ER24 spokesperson, Russel Meiring, said paramedics had arrived on the scene and found an elderly man lying outside.

Local security forces were already on the scene. “Paramedics assessed the man and found that, although no visible injuries were present, he had shown no signs of life.”

“Unfortunately, nothing could be done for the man and he was declared dead on the scene,” he said.

Meiring said it was understood that three gunmen had entered the property, when a scuffle ensued.Local authorities were on the scene and will launch an investigation.