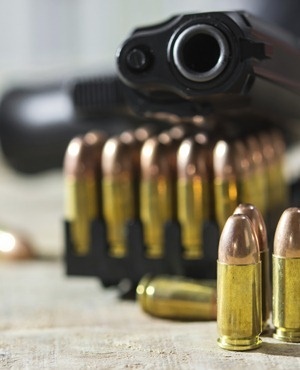 Ficksburg – An attack at a farm near Ficksburg on Thursday has left a farm manager in a critical condition in hospital, one suspect dead and another seriously injured, police have confirmed.

A farmworker, who was also injured during an ensuing scuffle, has received treatment for his injuries. Three suspects are at large.

In a statement on Friday, Colonel Thandi Mbambo said the farm manager, Aarend Covert, and farm worker, Lenyara Tsotetsi, were accosted by five men as they arrived at their Mooiplaas farm.

They had returned from a neighbouring farm. The five men instructed the pair to get out of their vehicle. However, Covert refused and confronted them instead, Mbambo said.

A scuffle ensued and, in the process, Covert was shot in the head. He was in a serious condition at Bethlehem Medi-Clinic, Mbambo confirmed. Tsotetsi, who was stabbed while trying to defend himself, was not hospitalised, but received treatment for his wounds.

The suspects fled the scene on foot, dropping a revolver in their haste. However, farmers in the area apprehended two of them and handed them over to the police.

One of the suspects has since died in Dihlabeng Hospital. As a result, a murder case will be opened. The second suspect was under police guard, Mbambo added.

She was unable to explain how the suspects were injured.”Our suspicions are that they were injured when they were caught by the farmers, but we can’t confirm that.

We are still trying to confirm the cause of their injuries.”Police are still searching for the other three suspects, and are investigating a case of attempted murder.