Farm murder suspect nabbed after he shoots himself | News24 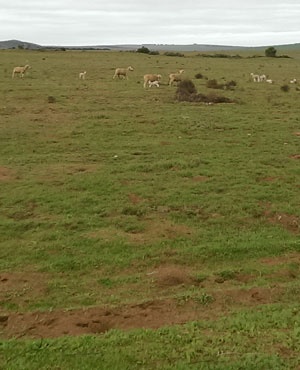 Polokwane – A relative of the farmer killed at his smallholding near Thabazimbi on Friday has been arrested following a chase in which the suspect shot himself, Limpopo police have confirmed.

The 25-year-old man sustained a bullet to the head when officers cornered him and pulled him off the road in Rustenburg on Saturday morning, spokesperson Lieutenant-Colonel Moatshe Ngoepe said.

Police launched a manhunt for those involved in the murder of farmer Bertie Cilliers, 54, who was on Friday found dead at the Spitskop smallholding.A tip-off was received that the suspect, understood to be Cilliers’ son-in-law, was seen in the Rustenburg area.

Officers pursued the man, who escaped when police tried to pull him over. “He drove off at a high speed and a chase ensued along the Sun City road.

When he was cornered and pulled off the road, he allegedly shot himself in the head with the firearm believed to be the one used during the farm attack,” Ngoepe said.

He was taken to hospital and is being treated under police guard.The car he was driving is similar to the white VW Jetta seen near the murder scene on Friday.

The farmer’s bullet-riddled body was found by his son on the kitchen floor on Friday afternoon. His Ford Ranger was found abandoned some kilometres from the farm. Ngoepe said the investigation continues and the suspect would appear in the Thabazimbi Magistrate’s Court once he has recovered.

Source: Farm murder suspect nabbed after he shoots himself | News24