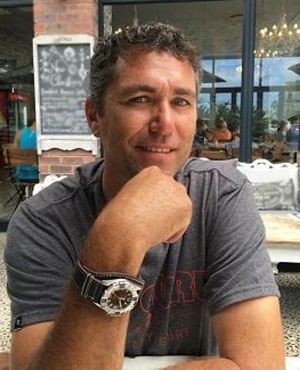 Cape Town – “He saved all of us,” says the wife of a farmer who was shot dead while defending his family and guests, most of whom were teenage girls, at a farm near Philadelphia in the Western Cape.

Mark Fagan was shot around 00:00 on Saturday when he approached four balaclava-wearing suspects who had entered his family’s house, where they were hosting a birthday party. He was taken to a nearby hospital where he later died due to injuries sustained, Captain FC Van Wyk said on Sunday.-  via email that Fagan saved the lives of nine girls and two women

Mark’s wife Jo and the mother of a birthday girl, from five, not four men. “Roaring like a lion, he somehow chased five armed robbers out of the house and away from his family – our family – whom he has made so happy over the years.

“Philp shared messages that Jo had sent him, with her blessing. “He saved all of us. But we are so devastated. The past 10 weeks were the happiest of Mark’s life,” a grieving Jo said.

Several parents of the guests had sent messages on WhatsApp to thank Mark for saving their daughters’ lives, she also said.They had been having a slumber party on Friday

.Gang had ‘waited in the bushes'”Mark gave his own life to save the lives of nine girls and women,” Philps told News24 earlier on Sunday. It’s unthinkable to consider what would have happened, had he not been able to chase the five armed men out of the house – men who had actually staked out a teenage slumber party and invaded with the full intention of tormenting these children.

“He described Fagan’s action as heroic. Philp said Philadelphia police apparently found that the English-speaking-gang had staked out the house for most of the day, “having stolen liquor [Bacardi rum] and children’s sweets from the house earlier, and consumed them in the bushes while they waited”.

The Dassenberg neighbourhood watch and surrounding neighbours responded well, and very fast. They were raising money for a night vision aerial drone, and also want police to patrol the area, he said.

He said Fagan founded and ran a unique mobile petting zoo for kids’ birthdays. “He was a strong and kind man who made our family incredibly happy. We will miss him terribly,” he said.

He asked anyone with information about the shooting incident is requested to contact Crime Stop on 08600 10111.

Source: ‘He saved all of us’ – wife of slain heroic farmer | News24