Home Crime ‘I was scammed out of R600k by fake prophet’, says woman alone and broke after being duped | News24

‘I was scammed out of R600k by fake prophet’, says woman alone and broke after being duped | News24 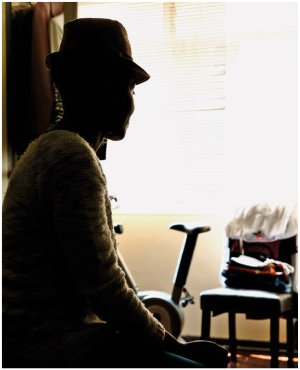 She visited dark rooms filled with ceremonial candles and containers of muthi, performed numerous cleansing and healing rituals and spent more than half a million rand. All in the hope of getting help for recurring headaches and maybe finding love again. Instead Lerato Mfuthi* has been left with an even bigger headache.

The 37-year-old was scammed by a fake prophet, leaving her almost R600 000 in debt with no clue as to how she’ll repay it. And instead of the prophet “bringing back her lost love” – in this case her former husband – she’s alone, broke and struggling to come to terms with being duped.

Lerato is a professional woman with an honours degree in nursing and a good job managing public health programmes in Pretoria. She never imagined she could ever fall for a scam like this, she tells us.

Like most people living in Gauteng, Lerato sees thousands of posters on lampposts advertising help with everything from health woes and work opportunities to the return of lost lovers and genital enhancement.

‘I was attracted by a line that said ‘healing headaches’

She usually barely gives them a second glance – but in June last year a poster on a traffic-light pole on the R55 in Olievenhoutbosch, Tshwane, caught her eye. “I was attracted by a line that said ‘healing headaches’.

“Every year since 2011 I had been getting headaches – specifically in October and November. In 2014 a neurologist at the Linksfield Hospital in Johannesburg told me I had an infection in my skull.”

Lerato had an operation but the headaches persisted. “But this time the neurologist couldn’t find anything,” she says – and the poster seemed like an answer to her problems. “I called the number because I was desperate for help.”

And so began an astonishing journey that would strip her of everything she had worked so hard for. After Lerato called the prophet, he arranged to fetch her at the Olievenhout Plaza. “He came with a woman who I thought was his wife and a two-year-old child,” she says.

A few minutes later she was with the prophet in a dingy little room filled with burning candles, small idols, a Bible, scripture verses and containers of muthi.

‘Everything he said was true’

“I paid a R100 consultation fee,” she recalls. “During the consultation he told me about my life and everything he said was true. He told me I had recently separated from my husband and I had a spiritual husband who was always walking with me.

“He told me I often see a shadow of a person and that I felt someone was with me even when I’m alone. He said I had problems at work because they favoured a new employee over me even though she does not know the work. He even told me about my headaches.”

Everything he said had a ring of truth, which convinced Lerato “he was a true prophet who knew what he was doing”.

She went back the following week and after she sat down, started hearing voices. “They told me to stop fighting my battles and I would be fine because they were with me.”

Lerato also had rituals she had to perform. “First they gave me a stick and a two-litre bottle of water I had to sleep with to break off from the spiritual husband.

“I also had to pray at midnight and 03:00. I then had to drive with the bottle in my boot and speak to get rid of the spiritual husband.”

Lerato was told the money would be returned to her – and when that hadn’t happened by January this year, she reported the matter to the police. She no longer gets headaches, Lerato says, but she’s heavily indebted to family, friends and the bank.

Lerato is the sole caretaker of her diabetic mother and a single parent of one. Before meeting the prophet, she’d decided to downgrade her life so she could start saving for a house. “When I separated from my husband of five years I moved out of an estate where I was paying R8 000 rent and sold my Mercedes-Benz and my bakkie. I moved to a flat in Pretoria.”

Now her dreams of buying a home are in ruins. “I only realised after that I was duped into a scam that robbed me of R580 000. This prophet and his helpers aren’t answering their phones anymore.”

Last month Lerato opened a case with the Olievenhoutbosch police, which was escalated to the Commercial Crime Unit as cops deemed it an organised crime because it involves syndicates.

Police spokesperson brigadier Vishnu Naidoo says cases are recorded according to a crime, for example fraud or robbery, and not according to modus operandi, which makes it hard to say if scams such as the one Lerato fell victim to are on the rise. However, he stressed people should be extremely careful at all times.

“We always tell people to be conscious of scams and people who try to swindle money out of them. We know we have the ‘healing scam’ and people need to be careful.” The police have been to Lerato’s dodgy prophet’s place on numerous occasions but the “healer” seems to have vanished.

The man’s neighbour tells DRUM he was surprised by the number of women who visited the prophet. “I don’t know why so many people are so gullible,” he says. He tried to warn prospective clients against the “prophet” but was ignored.

“I saw this lady [Lerato] and I know she brought a lot of money because when she came more members of the syndicate were standing guard at both ends of the house,” he says.

Dr Velaphi Mkhize, a traditional healer and director of the Umsamo Institute, says healing is being commercialised.

“It’s important for people to ensure they are dealing with a registered healer so when things go awry they can report the traditional healer and the association will help them get their money back,” he says.

Every registered healer has a certificate, he says, and clients should demand to see it before they part with a single cent.

Lerato has given the police all the information she has on her “prophet” and is waiting to see if the cops can trace the calls she made to him. The investigation is ongoing.

In the meantime, she’s applied for debt review in a bid to claw her way out of financial ruin. And now when she sees posters advertising help and healing, she makes a point of looking the other way.

*Not her real name

Source: ‘I was scammed out of R600k by fake prophet’, says woman alone and broke after being duped | News24