Inside the most powerful church in south Africa | The Independent 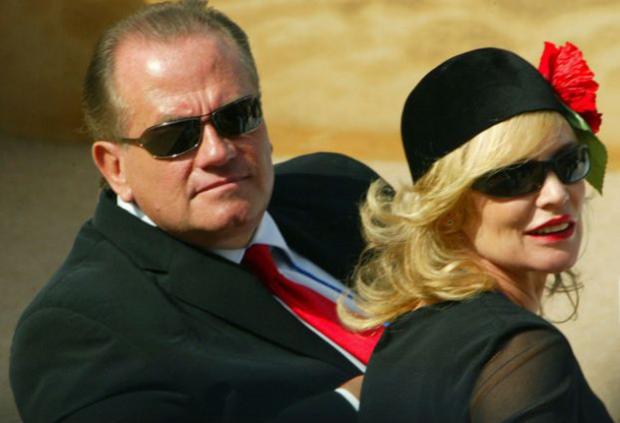 Pastor Sifiso leans back into an ample leather armchair and prepares to explode what he sees as the misconception that a rich man cannot enter heaven.”Listen, the bible tells us that the streets of heaven are paved with gold,” he says. As the young preacher speaks there’s a glint of the precious metal from the jewellery under his shirt cuffs.”Where there is Jesus, there is gold everywhere,” he insists.We’re coming to the end of a religious induction at the headquarters of Rhema, South Africa’s most influential church, which has assumed a significant role in the country’s government since President Jacob Zuma came to power.Free Leadership Course to Groom your Leadership Skills. Sign Up for Free.Shaw AcademyFemale Cop Hid Her Double Life For A Few YearsOMG LANE24 Beautiful Historical Photos You Haven’t SeenLivestly.com  by Taboola Sponsored Links To its supporters, who include some of the country’s most powerful people, it is a welcome coming together of two of South Africa’s favourite pastimes, conspicuous consumption and Christianity. To its critics it’s a prosperity cult.Set in an estate of it own in the comfortable Johannesburg suburb of Randburg, Rhema has a vast car park that is made to resemble the forecourt of a luxury vehicle dealership every Sunday. The charismatic Christian evangelical organisation goes out of its way to make the well-heeled feel comfortable, and so the pastor, who is dressed in a shiny black shirt with contrasting white stitching, is happy to boast of Rhema’s status.”We are not an ordinary church. The president comes to us to ask for advice,” he says proudly. “We are very influential and very active on social issues.”Those issues include abortion, the death penalty and gay marriages, he explains in a diplomatically roundabout fashion. The extent of Rhema’s influence is worrying an increasing number of South African liberals, who are concerned that the evangelical outfit is intent on overturning some of the more progressive aspects of the country’s constitution.Rhema’s prosperity gospel, which preaches that “successful lives” are achieved through materialism, networking and faith, and characterised by conspicuous consumption and celebrity, is proving a powerful draw. It offers members the chance to network with insiders in the worlds of business, sport and politics.In real terms Rhema remains a minnow with fewer than 50,000 members – but they include a who’s who in the pew. Its status was underlined last year when Mr Zuma was given the pulpit – exclusively among the presidential candidates – to address the congregation. An influential group of MPs from the ruling African National Congress has joined the church and a conveyor belt of connections has been delivering Rhema publicists on to the president’s government staff.At the centre of the church’s own success story is Ray McCauley, an unlikely character who could have stepped from the pages of an Elmore Leonard novel. A former bouncer at Johannesburg’s Go-Go club who dropped out of school to become a hairdresser, the pinnacle of his early success was placing third in the 1974 edition of Mr Universe – an event won by Arnold Schwarzenegger.These days he is a religious leader whose materialist message can sell out 40,000-seater venues like the Coca-Cola dome. The body building, the preacher has explained in interviews, was his attempt to deal with a propensity for over-eating and insecurities bred by a rough childhood with a gambling father and an alcoholic mother.A “born storyteller” in his own estimation, Pastor Ray found his true calling in Tulsa, Oklahoma at a comparatively obscure bible school with his first wife Lyndie. The pair eventually returned home and set up their own Rhema franchise in a spare room at Mr McCauley’s parents.The back-room evangelical church celebrated its 30th birthday last year with a party that attracted pop stars, sporting heroes and the most controversial of President Zuma’s wives, Ma Ntuli, whose spending habits have drawn the attention of local media.The strongest indication of Mr McCauley’s status in South Africa’s new order was his appointment to head up the newly created National Interfaith Leaders Council (NILC), a body meant to advise and aid the government on the delivery of social services – among other things.The leadership of the NILC, which abruptly displaced South Africa’s Council of Churches, saw the former strongman dubbed the “high priest of South Africa”.The accumulating power of the evangelist has caused deep concern in South Africa’s intellectual community. Jacques Rousseau, an academic at the University of Cape Town and the director of the Free Society Institute, is among Mr McCauley’s more eloquent critics.”It’s a prosperity cult,” he explains. “It teaches you that wealth is the same as happiness and that all this is possible if you give money to Ray McCauley.”Rousseau, who has written some fierce editorials condemning the growing influence of Rhema, says it is not just secularists

Source: Inside the most powerful church in south Africa | The Independent