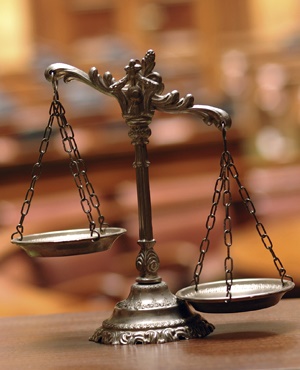 Pietermaritzburg – One of the killers of 65-year-old David Maratos on a farm in Greytown in 2013, has been jailed effectively for 25 years. Maratos was looking after the property on behalf of the owner when he was stabbed to death

She also ordered both sentences to run concurrently with another five-year jail sentence Qwabe is already serving for a different murder he committed in 2012.

The court was told in that case Qwabe had stabbed a man to death after they became involved in an argument and struggled over a knife. He was 18 years old at the time. Henriques said one of the facts that had weighed heavily with her in favour of imposing less than life imprisonment on Qwabe for the murder and robbery of Maratos was the fact he had spontaneously — and without any prompting — owned up to his previous conviction when asked to sign a document that did not reflect it.

In addition he pleaded guilty and showed remorse for his actions, and she accepted that he had made an honest disclosure to the court. “That he is willing to assist the state by testifying at the trial of his (two) former co-accused is also a factor I have taken into consideration,” said the judge.

In his written statement to court, Qwabe said he accompanied two other men to the farm where Maratos was residing on May 25, 2013. He said one of them, Phelelani Ndlovu, had initially asked them to go along on the pretext that he was fetching some money he had hidden there.

However, when they reached the farm Ndlovu confessed that he had lied and said they should break in and steal from the farmhouse. Ndlovu entered the premises first and returned and said there was no one in the house. He was armed with a knife.

The trio entered through an unlocked back door and began to help themselves to goods. Qwabe said he first went to a bedroom. When he rejoined his companions he found them in the lounge with Maratos who was being assaulted and stabbed as the attackers demanded money.

Qwabe said he too demanded money from the farmer before his companion inflicted a “crucial” stab wound to his temple. They then fled, leaving Maratos bleeding on the floor.

Qwabe said after leaving the property, they had stopped to consume some of the alcohol they stole from the farm. He apologised in the statement to the victims’ family for the loss he caused them. The judge said the post mortem showed that Maratos had put up a struggle.

Apart from the fatal stab wounds to his neck which severed his jugular and carotid artery, he also sustained multiple bruises to his body and scalp and had a broken rib.