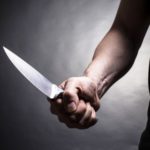 The Council of Muslim Theologians (Jamiatul Ulama South Africa) distanced itself from a discriminatory online list on how to identify a Shia Muslim, after the link was circulated on WhatsApp and other social media.

The list was published in January this year, but has seemingly resurfaced after an attack on a Shia mosque in Verulam last week. One person died and two others were injured when three knife-wielding men targeted the Imam Hussain Mosque, just outside Durban.

A section of the building was also set alight.

On Sunday, a bomb-like device was found in the same mosque under the Moulana’s seat.

“That is not our website,” said Ebrahim Bham, Jamiatul Ulama South Africa secretary general, on Monday.

“There is another organisation claiming the same name.”

The list found on a website identified as Jamiatul Ulama Gauteng gives a number of physical and other attributes that would assist a Sunni Muslim in identifying a Shia Muslim. The majority of South African Muslims are Sunni Muslim.

The list includes attributes like the length of a beard or the manner in which Shia women wear their headscarves.

“When walking in the street, or in public places, it’s becoming increasingly important to become vigilant as to who may be a Shi’ah, and who may be not. Here are some general guidelines (sic)” it started.

But Bham said the organisation and the page had nothing to do with them.

“There is no such article under these web addresses that belong to the Jamiatul  Ulama South Africa, headquartered in Fordsburg (Johannesburg).”

He said the other organisation was “causing us quite a headache”.

He forwarded a statement from the United Ulama Council of SA (UUCSA), condemning last week’s attack.

In it, UUCSA general secretary Yusuf Patel states: “We condemn these unjustified acts of violence, which foster nothing but tension, mistrust and insecurity within communities.”

Ali Nchiyane, the imam of the mosque, survived the knife attack, as did the mosque’s caretaker Mohammed Ali.

The library and holy books were burnt, but nothing was stolen. The Hawks are investigating and said they were looking into “elements of extremism”.

Mukaddam said the “list”, and similar anti-Shia sentiments expressed by some, needed to be dealt with quickly as the ripples of global politics were felt in South Africa.

“Unless somebody makes a statement, everybody becomes complicit with anti-Shia rhetoric.

“I cannot go around and say that ‘all Jews are going to hell’. I cannot do that. Similarly, I can’t say that they (Shia) are not Muslim if they proclaim themselves to be,” he said.

He would not rule out a “third force” trying to divide Muslims, and called on the Muslim Judicial Council to step in.

After seeing the shared post, the MJC said: “We CANNOT endorse and therefore distance ourselves from the statement posted on their website entitled ‘How to identify a Shia in the street’.

“We will continue to promote tolerance and respect for all sects and religions in our beautiful South Africa.”

The MJC said it was not affiliated to the Jamiatul Ulema Gauteng in any way.

The Jamiatul Ulama Gauteng did not answer the telephone number provided on its website, nor to questions emailed to the address on its website.