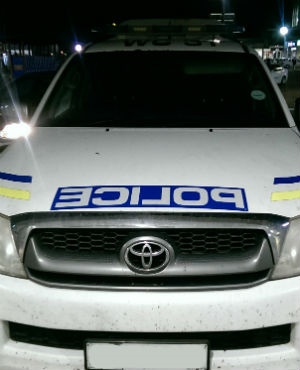 Western Cape police say they are making headway in their investigation into the murder of a woman on a farm outside Stilbaai, after arresting four suspects on Friday.

Heila Killian, 63, was killed when five masked men shot her at a braai on a friend’s farm. The suspects then made off with two rifles, one shotgun and a handgun, as well as a white Toyota Hilux bakkie.

“Two of the suspects managed to evade arrest by running away. Members caught two suspects in a white Nissan with registration CEY 22919.”

The suspects – aged 24, 25, 26 and 40 – face a charge of possession of a hijacked vehicle. The case is being investigated by the Provincial Detective Unit.