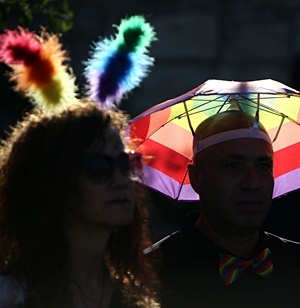 Port Elizabeth – A private bill has been lodged by Congress of the People (COPE) Member of Parliament, Deidre Carter, that seeks to have the “right of refusal” of state employed marriage officers taken away.

The Civil Union Amendment Bill, was lodged with the Office of the Speaker of the National Assembly on Friday.

The bill aims to repeal section 6 of the Civil Union Act, 17 of 2006, which allows a marriage officer in the employ of the state to inform the Minister of Home Affairs that he or she objects on the ground of conscience, religion, and belief to solemnising a civil union between persons of the same sex – and to be exempted from officiating over such marriages.

The Act was introduced after the Constitutional Court ruled that it was unconstitutional for the state to provide the benefits of marriage to opposite-sex couples, whilst denying them to same-sex couples.

The Act extended recognition of marriage rights to same-sex partners through a civil partnership known as a civil union.

Carter lodged the bill after it came to her attention that some same-sex couples seeking the services of a marriage officer were being turned away from some Home Affairs officials, particularly in rural areas, as all the marriage officers at those offices had been exempted in terms of section 6 of the Act from officiating over marriages between persons of the same-sex.

“In my mind this provision was clearly [unconstitutional] for a number of reasons”, Carter said.

“Firstly, our Bill of Rights, as enshrined in section 9(3) of our Constitution, provides that the state may not unfairly discriminate, directly or indirectly, against anyone on a number of grounds, including those of gender, sex and sexual orientation,” she explained.

“Secondly, Chapter 10 of our Constitution, which sets out the values and principles governing our public administration provides that services must be provided impartially, fairly, equitably and without bias.”

Carter said it could not be constitutionally acceptable, or permissible, that public servants could be exempted on any grounds from providing services to certain sectors of society.

“When I approached the Minister of Home Affairs last year in a written question, I was advised that of the then 1 130 designated marriage officers nearly half (421) had sought and been exempted,” she said.