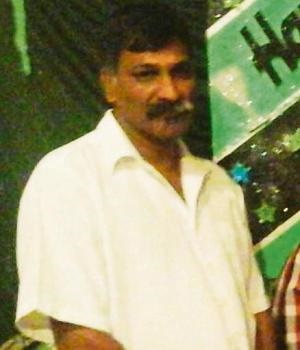 Pietermaritzburg – The men suspected of murdering Camperdown farmer Krishnadhaven Govender last month “for R300” have been arrested. Last month the well-known farmer and family man was shot and killed by armed robbers when they broke into his house after an attempt to break into his neighbours’ property failed.

Govender’s wife and sons watched in horror as he was gunned down in his Killarney Isles home while he tried to protect them. A police source previously told The Witness that seven men entered the property after cutting through its electric fence. Once inside, the family was woken up and a struggle ensued, with gunshots being fired by both parties.

Govender died at the scene while the men, two of them with minor gunshot wounds, retreated from the house with R300 worth of items. The family approached Magma Security and Investigation head Shaheen Sulieman to assist with the investigation, and the company had the five men suspected of the murder and robbery in custody by Friday.

Sulieman said there had been rumours that Govender’s murder had been a hit. “However, when Magma arrived on the scene the signs indicated that it was not a hit, but a farm attack. ”Sulieman said a network of contacts and informants had helped him track down and arrest the men, with the assistance of the Pietermaritzburg Dog Unit and Camperdown police.

“These men are hardened criminals and had recently been released from prison,” he said, adding that two of the men were members of the notorious “Sticky-tape Gang” which was responsible for a number of break-ins and robberies in the Camperdown, Cato Ridge and Killarney Isles areas last year.

All the victims were bound with tape. Govender’s son Dylan said the family was still grieving the loss of his father, but were relieved that the men involved in his death had been arrested.

Pietermaritzburg SAPS spokesperson Constable Mthokozisi Ngobese said a joint operation between police and Magma had resulted in the men’s arrest.

He said they will appear in the Camperdown Magistrate’s Court soon.