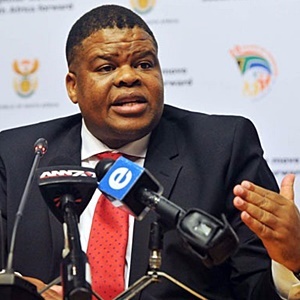 Johannesburg – President Jacob Zuma has reshuffled his cabinet, adjusting six portfolios including the Ministry of Energy, in a move analysts say is linked to a contentious nuclear energy deal with Russia. In a statement issued on Tuesday, the Presidency said it had moved David Mahlobo, former minister of state security and a longtime Zuma ally, to the energy portfolio.

Zuma also fired Blade Nzimande, the minister of higher education and training, in a move understood as punitive after Nzimande criticised the president. Nzimande is also the general secretary of South African Communist Party (SACP), a key partner in the tripartite alliance with the ANC-led government.

His removal from government has prompted speculation that the SACP may leave the alliance. All eyes on MahloboPolitical analyst Steve Friedman, director of the Centre for the Study of Democracy at the University of Johannesburg, told Al Jazeera that Mahlobo’s appointment was the most important development.”He is considered a hyper-Zuma loyalist.

It seems he has been moved into this position to push through the nuclear deal,” Friedman said.Zuma appeared to hedging bets, Friedman explained, before the party conference in December 2017 when the ANC will elect a new leader.

“Should Zuma lose that election, he has put in place a loyalist in the ministry so he can nail down the nuclear deal [in the future],” Friedman said.

The South African government has been trying to push through a contentious nuclear energy deal to the tune of $74bn with Russia, which is thought to have been struck when Zuma met Russian President Vladimir Putin in 2014.

In April, the Western Cape High Court ruled that the potential deal with Russia was unlawful and unconstitutional and that if government wanted to proceed, it would have to restart the process.Liz McDaid, an environmentalist with Southern African Faith Communities Environment Institute – one of the organisations that took the state to court – described Mahlobo’s appointment as “systematic state capture”.

“This appointment was not dreamt up last night. It is an obvious attempt to make this [nuclear] deal happen in the future,” McDaid said. In September, HuffPost South Africa reported that Mahlobo had become the country’s de facto prime minister and the president’s “right hand man”.

Mahlobo himself has been criticised for his dealings. In late 2016, an Al Jazeera investigation found that Mahlobo had a close relationship with alleged rhino-poaching kingpin Guan Jiang Guang.

Tuesday’s developments mark the second time in 2017 that Zuma has reshuffled his cabinet. In March, Zuma fired five ministers, including then finance minister Pravin Gordhan and his deputy, Mcebisi Jonas.

Zuma has been under growing pressure to step down following the publication of a report by the public protector that concluded that Zuma’s government had been potentially “captured” by private capital, in particular by the wealthy and influential Gupta family, who hold a range of business interests in South Africa.

In August, Zuma narrowly survived a no-confidence vote held by secret ballot in parliament. Members of the 400-seat parliament voted 198 to 177, with nine abstentions.